The TM is not an

“easy dog”: rather, quite according to its reputation, it is very independent and sometimes stubborn...

The Tibetan Mastiff is a heavily build, seasoned breed with a strong sceletal structure.

A male should stand at least 66 cm, a bitch at least 61 cm at the withers. The hair is dense and thick, and repels water and dirt effectively; snow doesn’t stick to it easily either. A thorough brushing every now and then is perfectly sufficient care, this is needed especially in the spring when the dog is shedding the wintercoat. Unnecessary bathing should be avoided.

Normal upbringing, training and getting used to being examinated should be started at an early age.

It is important to build up a communicative relationship with the dog from the very beginning. This strong and seasoned breed doesn’t have difficulties with consuming nutrition, but it may be picky about it’s food. A grown-up TM may decide not to eat for a couple of days, this not being a reason to worry. 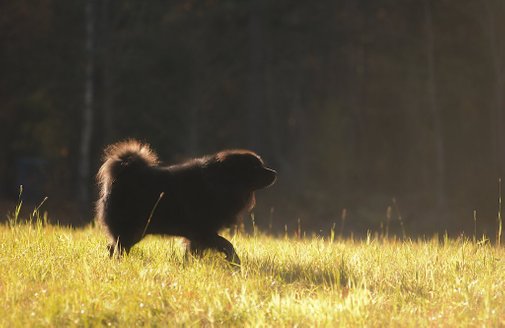 The breed develops slowly and is in many ways still quite primitive.

It has many of the instincts and traces of behaviour left that long ago have disappeared from dogs bred over centuries in the west. For example, a puppy can start eating solid food already at the age of three weeks, and a male dog belonging to same flock may also take part in feeding the puppies, if it is given the chance.

Males are not fully developed before the age of four years; the females not before three years, and are normally on heat only once a year to give birth in the winter. Naturally, this affects the amount of TM's as a total, as well as TM- puppies available. 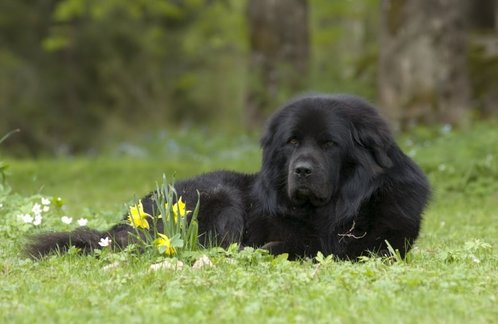 The TM can be almost “cat-like”, keeping its thoughts to itself and being filosofical; don’t be surprised if it doesn’t “hear” you while it’s gazing over the landscape.

The TM is an easy learner, however it doesn’t necessarily always feel for doing what you are asking. It is reserved, brave, kind, playfull, even cuddly, but unbribable as a watchdog, and doesn’t allow a stranger to enter if his own-ones aren’t at home.

The guarding instinct gets stronger at night-time and can cause persistent barking at night, which however doesn’t usually get to be a problem if the dog sleeps indoors.

The TM is a faithful guardian because of its herding and protecting instinct.

Despite its harsh nature it is very affectionate and respectful towards its own family members, given that it gets their respect and trust in return. At it’s original home district the TM obeys even the smallest children in the family. The TM can seem to be melancolic, absent-minded and distant, but it is always just, and seems to have a strange gift of understanding humans.

The Tibetan Mastiff lives preferably in the countryside or surroundings of the kind, and large fenced yard is recommended where the dog likes to choose a place of observation, keeping an eye so nothing unexpected can happen. It likes to stay outdoors even wintertime. In its land of origin (Tibet) the TM has had to adjust to extreme weather conditions, and tolerates bitter winters as well as hot summers. However, most crucial for a TM to be happy is that the owner's life allows the dog to be together with it's flock most of the time.